In the framework of large public events, ICFO creates cultural and artistic events that combine science, literature, light, music or other cultural elements open to society at large to bring photonics into the spotlight.

ICFO regularly participates in Kosmopolis, a biennial literary event that brings together writers, poets, scientists, musicians, filmmakers, playwrights, storytellers, comic-book artists, screenplay writers, journalists, actors, librarians and editors to debate key issues of our present-day reality. This events has been held at the Centre de Cultura Contemporània de Barcelona (CCCB) since 2002. In the framework of this festival, ICFO has organized a round table, a talk-poetry workshop-mini concert, and an interactive activity around Alice, the character from the book Alice in Wonderland (italics for title) by Lewis Carroll and that connected the spirit of Alice with the twofold nature of light.

Also, in celebration of the International Year of Light 2015, ICFO inaugurated Barcelona’s light festival, Llum BCN, with an exhibition of illuminated human towers (castellers) by the Colla Jove de Barcelona. Within the same festival, ICFO has participated with a light installation created by British artist Andrew Chappel in colaboration with ICFO, and with “Opening the eyes“, a music, light and ballet show produced by ICFO and perfomed by the company Muralla15. 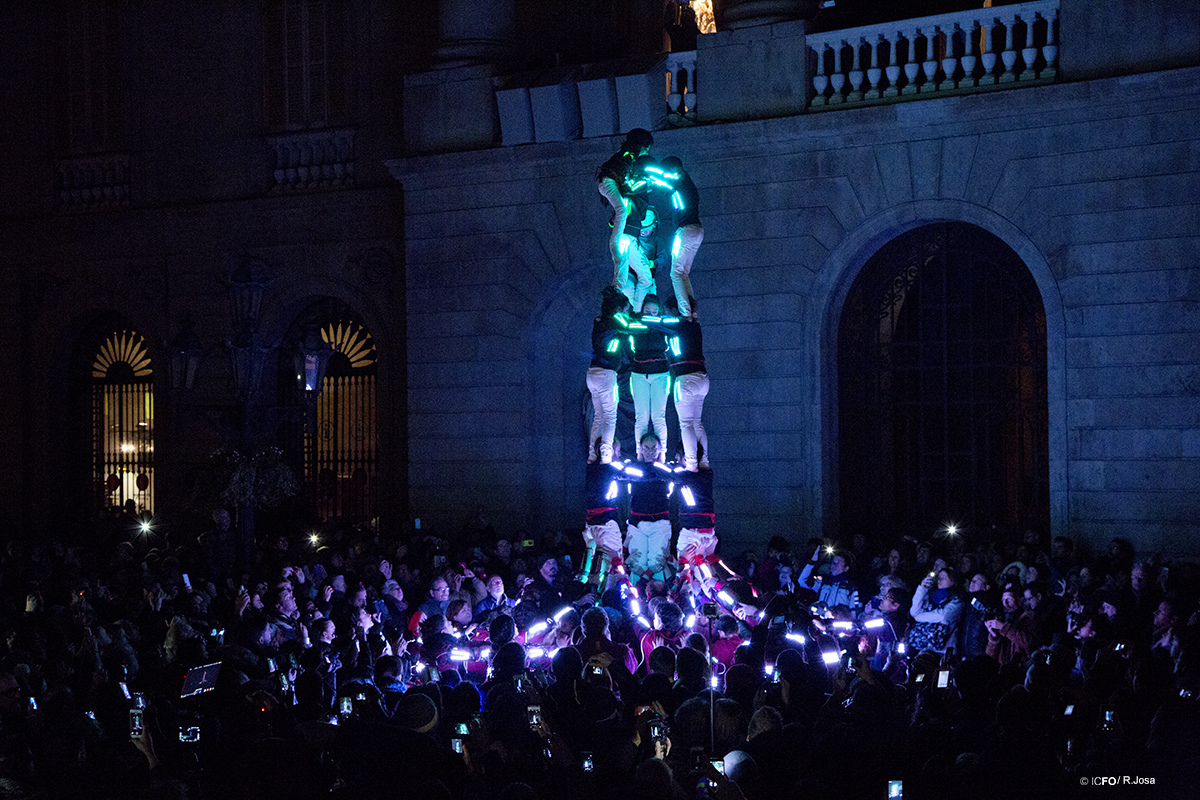 Creating publications for different audiences ICFO reaches out to all ages through books and other publications that aim at immersing readers in the fascinating world of photonics.   FROM THE BIG BANG TO LASER EXPLORERS IN SPACE lluminado and Lucilda is a series...

END_OF_DOCUMENT_TOKEN_TO_BE_REPLACED

ICFO in fairs and other big events

ICFO participates in science and technology fairs, congresses and other events organized by other organizations with the aim of expanding the reach of our outreach efforts. We create hand-on activities, workshops and intearctive stands and give talks that bring a...

END_OF_DOCUMENT_TOKEN_TO_BE_REPLACED

Discover the power of photonics through interactive activities

END_OF_DOCUMENT_TOKEN_TO_BE_REPLACED

A scientific meeting point for young students ICFO gives and organizes talks in different formats that are directed to different target audiences. We give the talk in or outside ICFO, at schools, museums, congresses, etc. To see our upcoming talks, please visit the...

END_OF_DOCUMENT_TOKEN_TO_BE_REPLACED

Scientific projects that require the participation of people

END_OF_DOCUMENT_TOKEN_TO_BE_REPLACED
« Older Entries
Manage Cookie Consent
The website uses proprietary and third-party cookies to obtain information which helps to optimize your visit to this site. We don’t use cookies to collect personal information. You can allow use of cookies, or not, and you can also change settings if you want.
Manage options Manage services Manage vendors Read more about these purposes
View preferences
{title} {title} {title}
Share This