Scientific projects that require
the participation of people

ICFO encourages society to be part of the scientific community through scientific experiments that require the participation of citizens, raising awareness in an engaging way and allowing everybody to meaningfully contribute to scientific research.

ICFO organizes workshops and talks for teachers and schools to help integrate this type of activity into the classroom.

For more information on future events like these, stay tuned through our page on Upcoming Events. 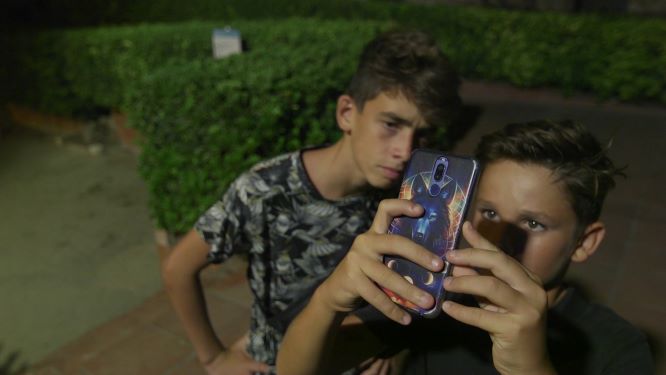 Not being able to see the stars is just one of the many other consequences of light pollution: changes in ecosystems, wasted energy, effects on our health, etc.

NightUp aims to generate a tool that is useful to scientists and experts investigating this type of contamination.

Thanks to the collaboration of citizen scientists like you, we will create a color map of artificial light of Castelldefels that would help to better understand the impact of color on light pollution. If this first project is successful, it will be expanded globally to generate a map of the entire world.

ICFO also created and organized The Big Bell Test, which enabled citizen participation in a series of cutting-edge quantum physics experiments that took place on 30 November 2016. These experiments tested the laws of quantum physics, requiring the help of the largest possible number of people. As a result, more than 100,000 people participated in the BIG Bell Test, completing more than half a million times the levels of the video game created to facilitate participation, generating more than 90 million bits, a number that tripled the initial expectations of the scientific team leading the project.

You can also access the materials we created to introduce the BBT in the classroom: organize a competition to see who is the most impredictable person in school, talk about randomness, statistics, history and philosophy of science… and of course quantum physics!

Results and more information about the BIG Bell Test

BCN Respira took place in September 2015 that sought to promote the understanding of the properties and behaviour of aerosols in the atmosphere as well as their effects on the environment, involving Barcelona’s citizens in a scientific experiment using their smartphones and light. This initiative was part of the European H2020 project LIGHT2015. Almost 500 measurements were taken in Barcelona, engaging hundreds of citizens.

ICFO creates materials for educators and participates in European projects that generate resources for teachers. Feel free to enter the areas below and use the materials and content to bring science and technology closer to your classroom in a different way. We...

END_OF_DOCUMENT_TOKEN_TO_BE_REPLACED

From the lab to your classroom As ICFO, we collaborate with the program “Professors i ciència” from the “Fundació Catalunya la Pedrera”. We have offered several training courses addressed to high school teachers. In these courses we expect to bring the physics of...

END_OF_DOCUMENT_TOKEN_TO_BE_REPLACED

Creating publications for different audiences ICFO reaches out to all ages through books and other publications that aim at immersing readers in the fascinating world of photonics.   FROM THE BIG BANG TO LASER EXPLORERS IN SPACE lluminado and Lucilda is a series...

END_OF_DOCUMENT_TOKEN_TO_BE_REPLACED

Learning about photonics in a magical way Light, its nature and its properties are as amazing as they are useful. In our daily life, the things we do, the objects we use, how we generate and harness energy, the way we communicate and how we take care of our health,...