The holography is based in “holos” which means complete or full and “graphy” which means image, so holography is the record of the entire image. For that, we need to record wave amplitude and the wave phase. The difference between the photography is the record of wave phase. But not all the tridimensional images are holography; the cinema and TV uses stereoscopic view for create the 3D effect. Let me give an example. If a cinema room is full of people and they see a 3D film, all of them can see the 3D effect, but they see the same perspective. If all of them see a hologram, each one has a different perspective depending on the place of the room where they are.

The applications of this optical phenomenon are: Holographic memories (probably the most powerful memory), holographic interferometer (used by engineers to see small deformations), security holograms (we can see it in ID cards, bank cards, tickets for events …) and probably the most used are the exhibition holography. 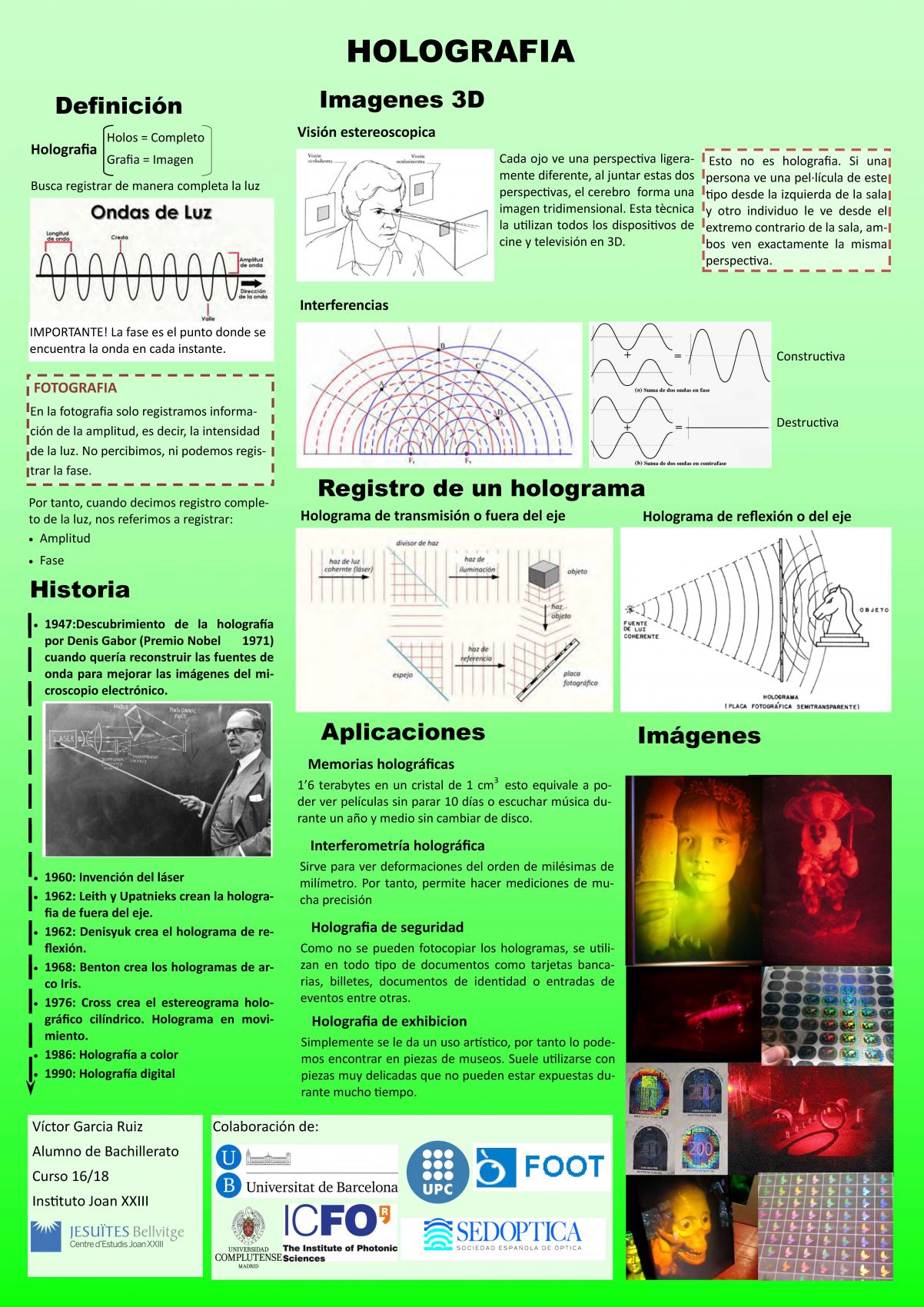 ← El mite de la persistència retinal Investiguem fenòmens de la foscor →
Back to the projects
Manage Cookie Consent
The website uses proprietary and third-party cookies to obtain information which helps to optimize your visit to this site. We don’t use cookies to collect personal information. You can allow use of cookies, or not, and you can also change settings if you want.
Manage options Manage services Manage vendors Read more about these purposes
View preferences
{title} {title} {title}