It all began when a video from ICFO reached our extracurricular 2ond ESO/Y9 “Science in German” team. At once, we saw very clearly that our research would focus on light.

We started experimenting at the optical bench with prisms, mirrors and lenses and eventually improvising with the diopters producing optical spherical aberrations.

Alhazen, were we told, was the first scientist to study the phenomenon. At once we plunged into Alhazen biography. We viewed a videodocumentary where he introduced a straight stick into a pond and the stick seemed to bend.

The scene reminded someone of a video featuring two arrows behind an empty glass.

When water was poured into the glass the sense of the arrow would diametrically change. It was kind of magic.

And it was that magic phenomenon that we decided to investigate. Our objective was to find out what characteristic of Light made that change possible.

First we reproduced in the lab the arrow-experiment shown on the video to certify its veracity. We examined closer the optical bench manual finding out that the images produced by convex lenses might have something to do with the phenomenon. We concluded then that water acted as a convex lens. We easily produced at the bench downward arrows from upward arrows placed in front of a convex lens. Later on, right oriented arrows from left oriented ones. We uploaded a collage-image in Instagram explaining how the arrows phenomenon happened. We developed a mechanic analogy in the macroscopic level where a mobile went through two different surfaces. In doing so, it diverted its direction. And so rays do at microscopic level.

To know why it happened we learned about Ray diagrams for convex lenses and Huygens Principle. We had uncovered the science behind a magic phenomenon. We had “discovered” Refraction. 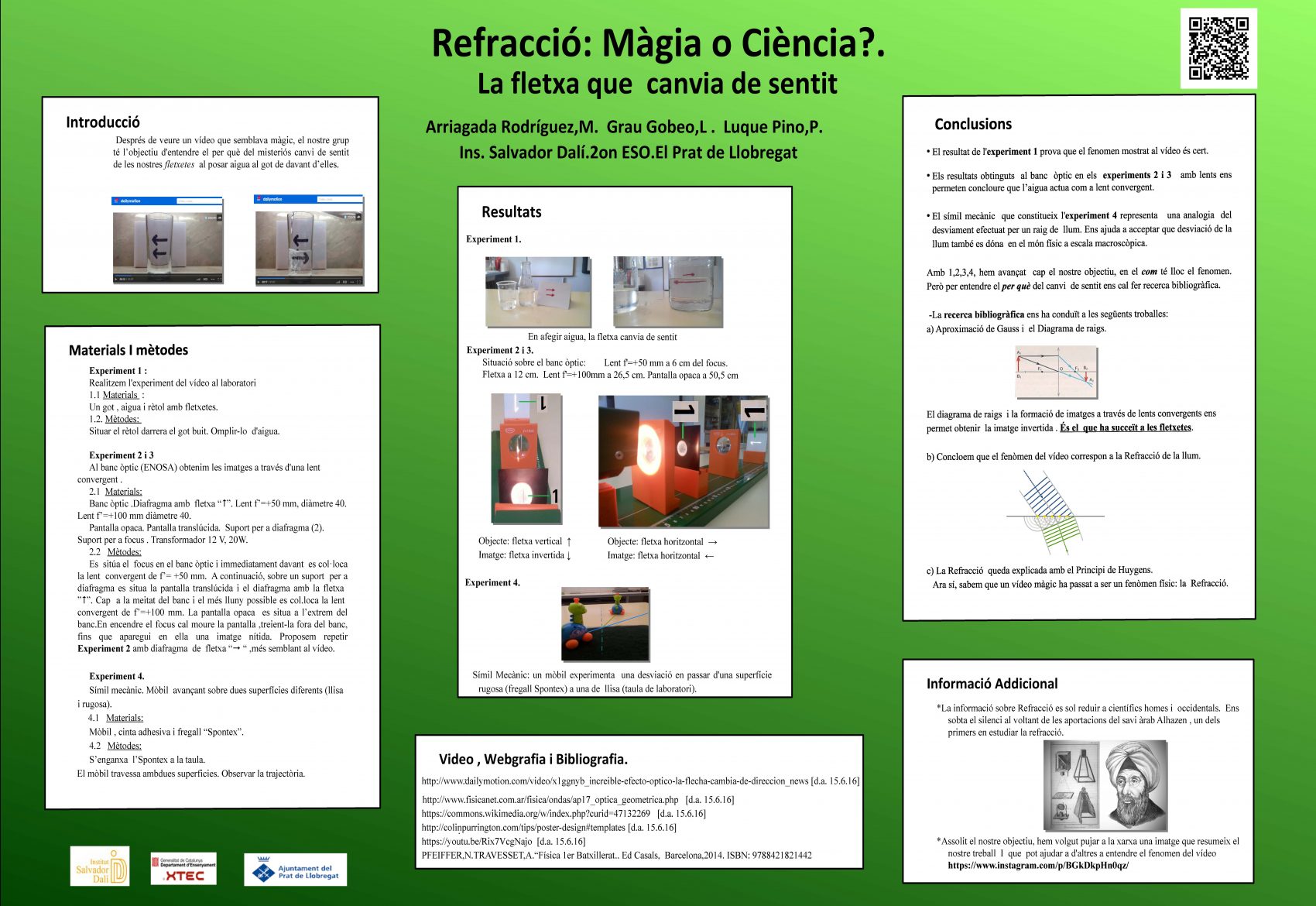 ← Proyector de bacterias Why is the sky inside the rainbow brighter than outside? →
Back to the projects
Manage Cookie Consent
The website uses proprietary and third-party cookies to obtain information which helps to optimize your visit to this site. We don’t use cookies to collect personal information. You can allow use of cookies, or not, and you can also change settings if you want.
Manage options Manage services Manage vendors Read more about these purposes
View preferences
{title} {title} {title}