Anti-NMDA receptor encephalitis is an autoimmune disease that affects the central nervous system and during its evolution causes various neuropsychiatric symptoms including speech and movement coordination difficulties, sudden behaviour changes and convulsions. The disease is currently studied in different institutions, such as the Institute of Photonic Sciences (ICFO). It has been identified that anti-NMDA receptor encephalitis is caused by antibodies targeting a synaptic receptor to neurotransmitter and called the NMDA receptor (NMDAR). The antibody is known to reduce the number of receptors during the disease. However, the origin of the autoimmune response and the mechanism of action of the antibodies on the NMDAR are still poorly understood.

In this research project I joined the study of the disease and I proposed myself two main objectives. Firstly I wanted to offer a vision of the research that is being carried out in order to study the disease. The second objective was to propose and check a hypothesis that justifies the decrease of the receptor number in the patient’s brain. The hypothesis is “the binding of the antibodies to NMDAR induces its internalization and degradation in the brain of the autoimmune encephalitis patients”.

Through this procedure and a high-resolution microscopy technique called STORM, we can visualize the NMDAR changes in the disease, allowing me to draw some conclusions and discuss the hypothesis. 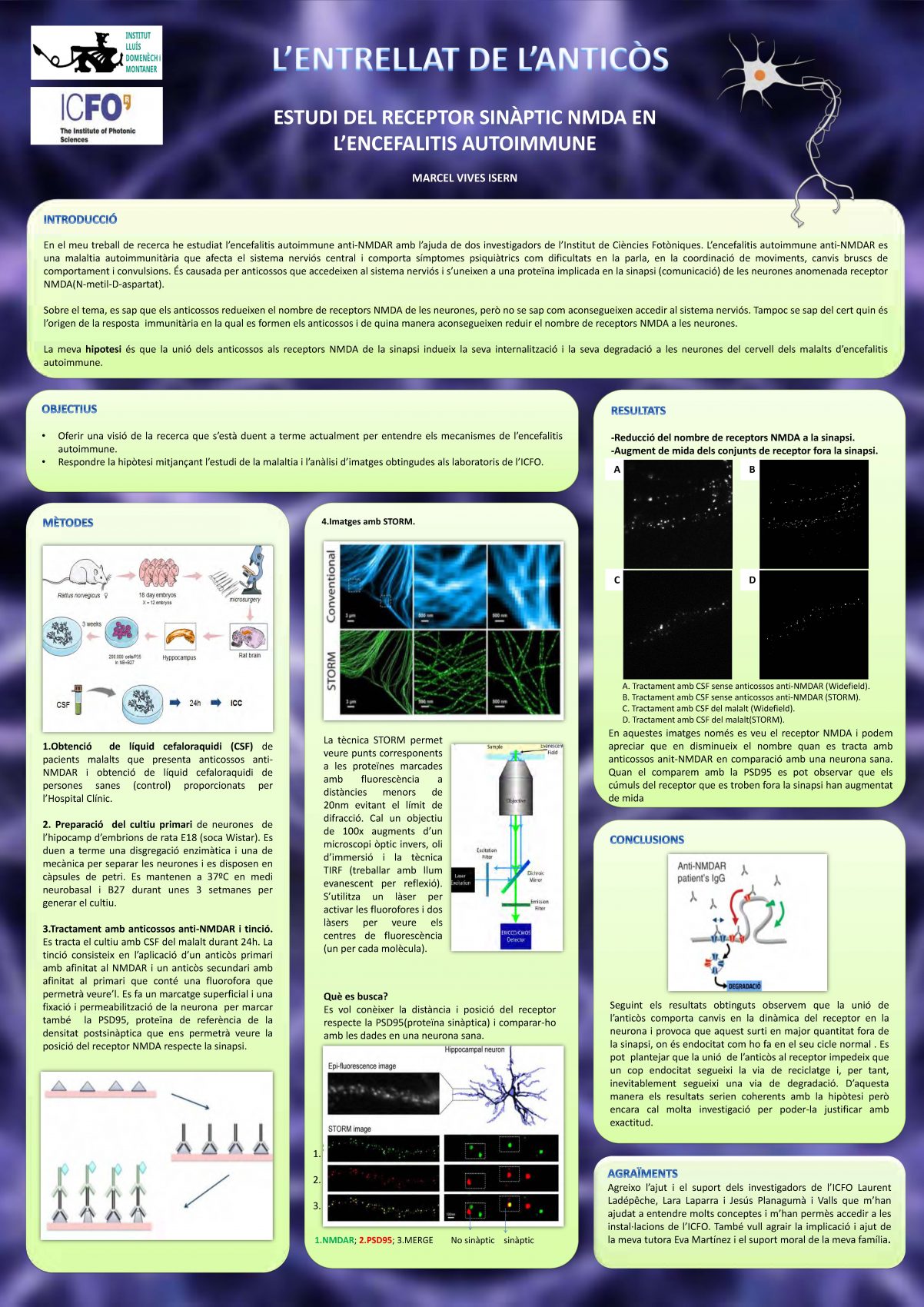 ← Joguines òptiques precursores del cinema Proyector de bacterias →
Back to the projects
Manage Cookie Consent
The website uses proprietary and third-party cookies to obtain information which helps to optimize your visit to this site. We don’t use cookies to collect personal information. You can allow use of cookies, or not, and you can also change settings if you want.
Manage options Manage services Manage vendors Read more about these purposes
View preferences
{title} {title} {title}