Can photonics detect and prevent pollution?

Nowadays, the air pollution is one of the most important problems in the planet. The humans pollute, but we aren’t doing anything for analyzing the situation and fix it.
The majority of the air pollution detection systems doesn’t use the photonics.
Our project is about detecting it, analyze its effects in plants and prevent it, all of this, using Photonics.

We detect it using iSPEX (a gadget for iPhones that detect suspend particles in the air, using an electromagnetic spectre and the polarization) with this, we divided our city, Olot, in zones and we created a suspended particles map. To analyze its effects on vegetable cells, we advantage the photosynthesis. We put the same quantity of water, soil and caviar lentils in three different hermetic containers.

Inside this container there was an artificial atmosphere of Barcelona, Olot and Camprodon. We measured the UV rays, the relative humidity and the temperature to guarantee the same conditions in the three containers.

Finally, we compared the different growth, discovering that the composition of the air affects the growth but also the plant resistance.

Finally, we created a proposal for avoiding the pollution using photonics.
Create a gamma rays network,  a distributor of optical fiber system and finally a machine in every chimney that change the pollutant molecules, when it go to the outside, the sun, disintegrate it deriving them to oxygen. This is only a proposal that needs more investigation. 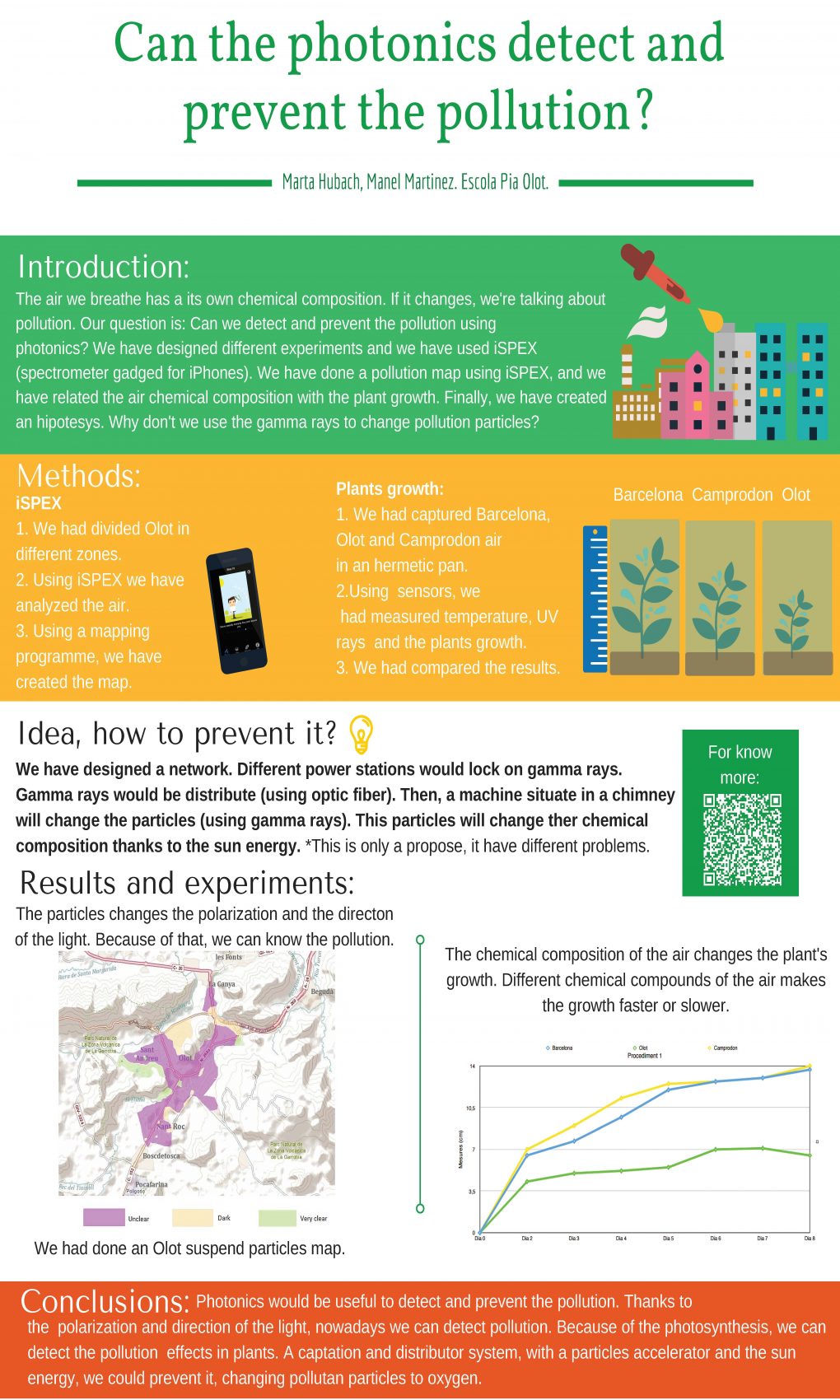 ← Fotografía artística nocturna de la luz en movimiento Projectem-nos →
Back to the projects
Manage Cookie Consent
The website uses proprietary and third-party cookies to obtain information which helps to optimize your visit to this site. We don’t use cookies to collect personal information. You can allow use of cookies, or not, and you can also change settings if you want.
Manage options Manage services Manage vendors Read more about these purposes
View preferences
{title} {title} {title}