With the thread Physics behind the beginnings of cinema, our project steps into the theory of retinal persistence.

Searching information to build the optical toys thanks to which cinema began, we realised that the explanation that we found in most places was the theory of retinal persistence or persistence of vision, which explains the perception of apparent motion we see in cinema, while in other sources it was considered an erroneous explanation and we wanted to know why. 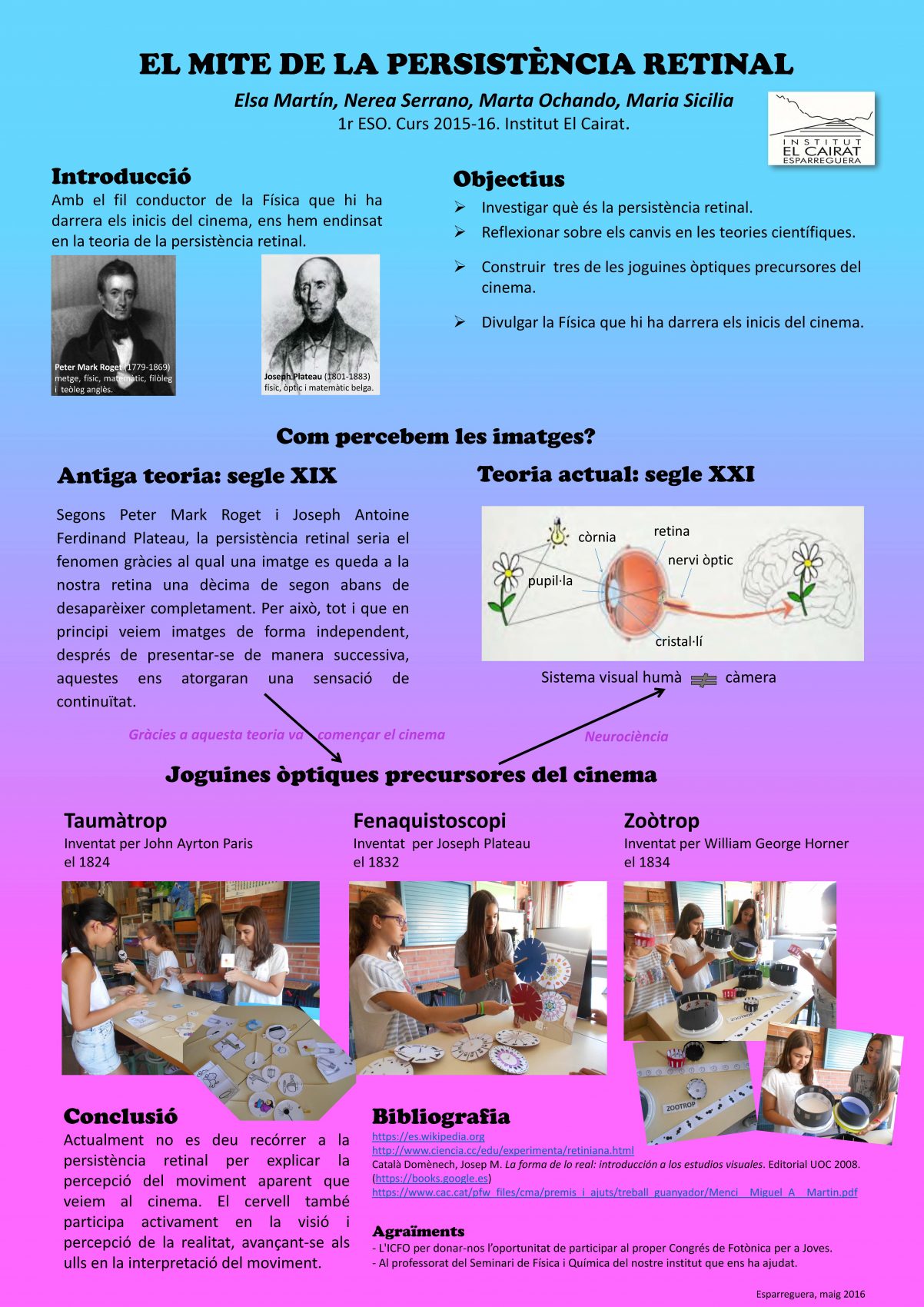