Find the quantum rules for the new technologies

Virtual Reality and Quantum Physics, with these two words I can summarize my Research Project, in which I will develop the two ideas to see if we can take advantage of one to improve the other.

For Virtual Reality I have begun also with his history and what it is, once already exposed these two chapters, I have spoken about the nowadays techniques that it has this area, to finish, I have spoken about his products, where I have exposed both its uses and its problems.

To conclude, I have developed a practical part. First, I was assisting to an institution, the Institute of Photonic Sciences and next I have carried out the creation of a video game, which serves to explain Quantum Physics, and counts with two scenes where I explain two fundamental principles of this one. The final part will consist in converting this computer game in one viable for use with Virtual Reality Glasses. 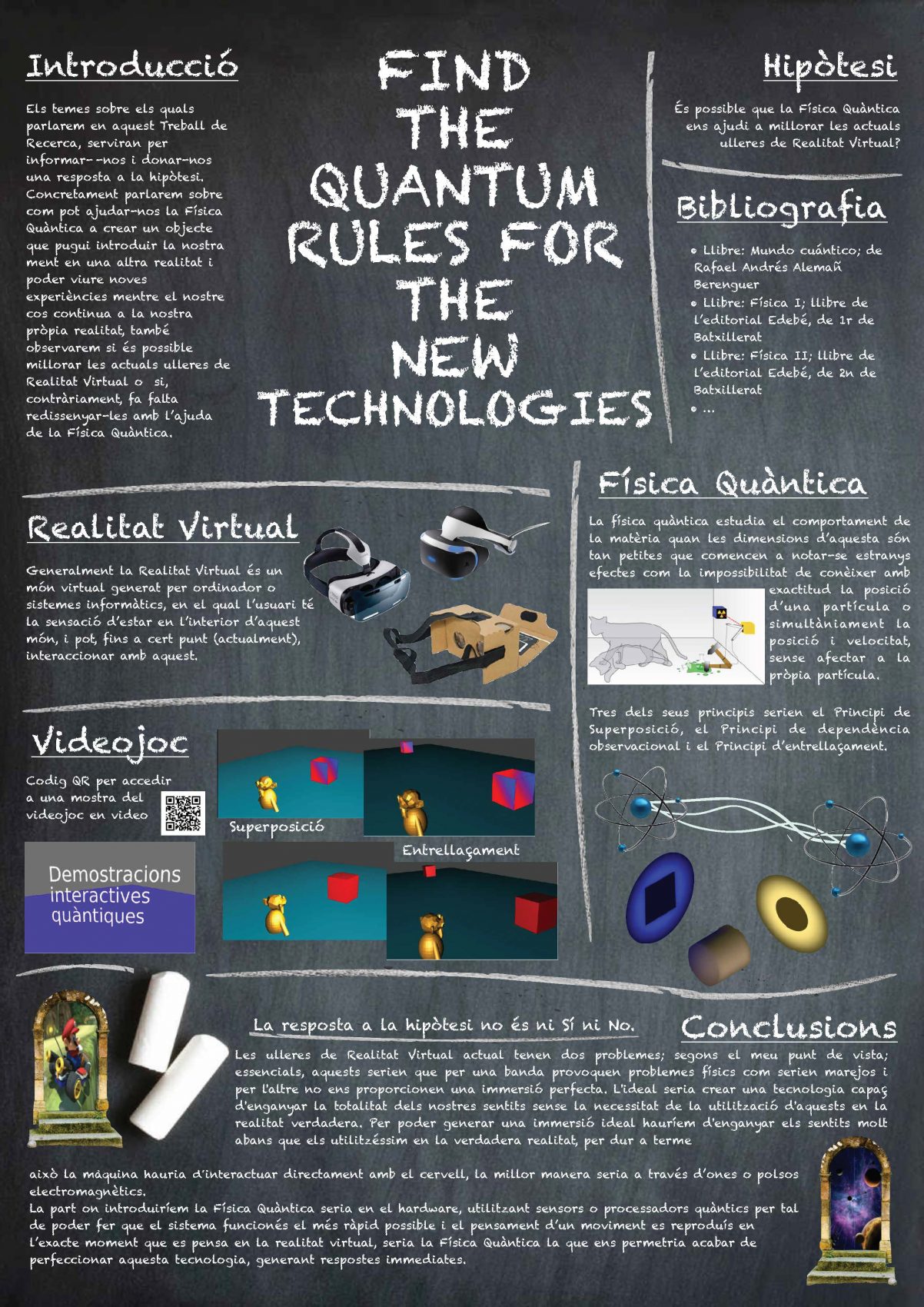