In the imaginary scientific universe of Star Trek, which is known for its popular characters, it draws our attention to an effect that has been questioned by scientists such as Miguel Alcubierre or Albert Einstein, the effect called “Warp Drive”.

Based on Mr. Miguel Alcubierre´s research and facing the challenge to prove the performance in the Star Trek´s film, it will attempt, in the simplest way, to raise any person whether old you are, the theory which serves as the basis for understand the movement of superluminal speeds.

To understand more accurately the purposes of this project, it must first begin by understanding what the Movement Curvature is and also Curvature Factor formula too.

Curvature displacement is a theoretical form of superluminal propulsion, i.e., moving at light speed, or multiples of it. The theoretical principle of operation of an engine of curvature is to distort the surrounding space, thereby allowing approaching the ship Star Trek (as an example) to the desired point. Complications arising when something or someone is moving at a speed equivalent to or higher than the c in physics are called relativistic effects consisting in time dilatations. And it’s in this part that comes the Curvature factor, which is used to measure the rate at which the body is moving at a certain speed, higher than that of light.

The methodology is going to be used for the experiment requires precision. Using the curvature fracture formula maybe calculated dilations in the space, keeping the results linked with increasing speed. Once the calculations have been carried out, the data are inserted into a table, in which later, and with previous comparisons, will attempt to show that with increasing speed, dilation increases, and it could be demonstrated the existence by the curvature factor in an up and down Warp displacement. 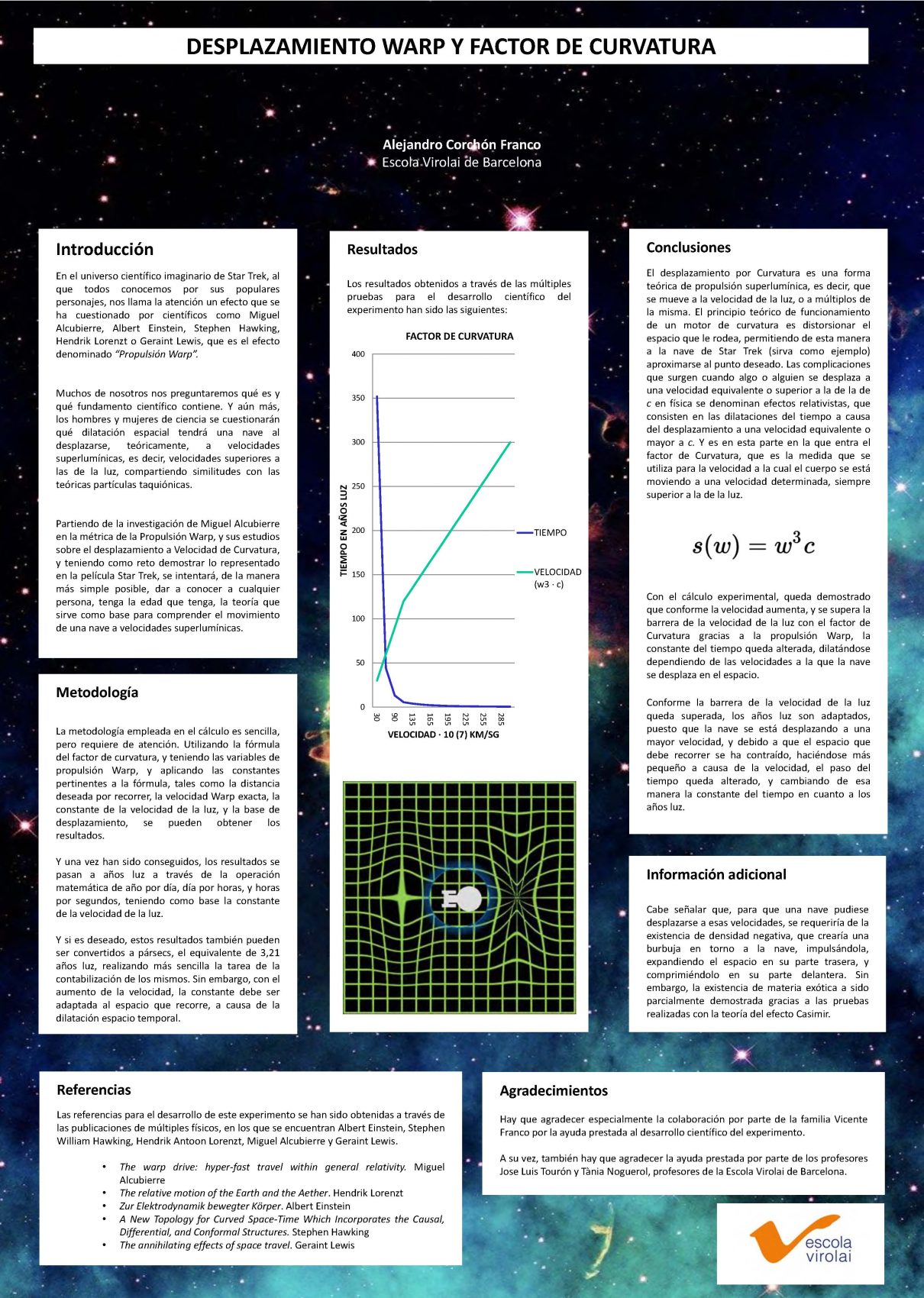